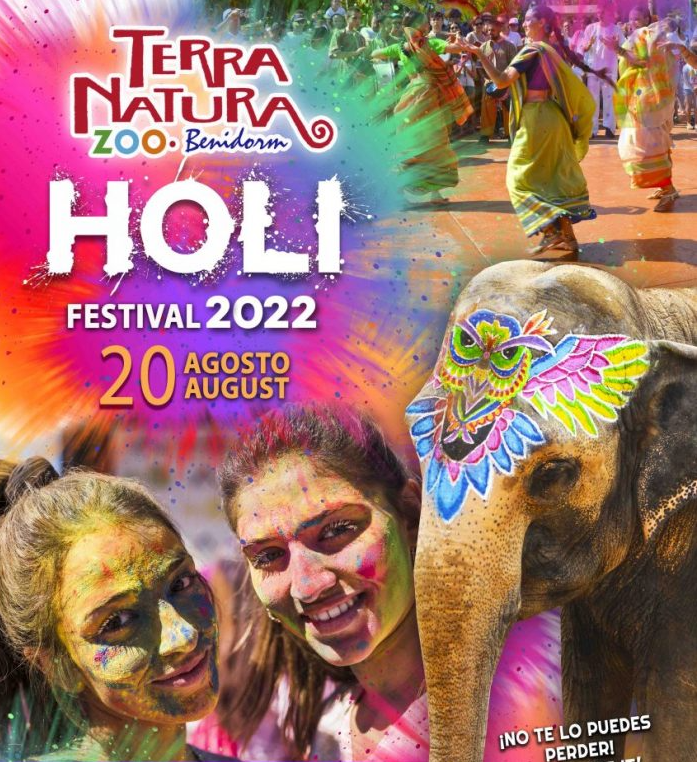 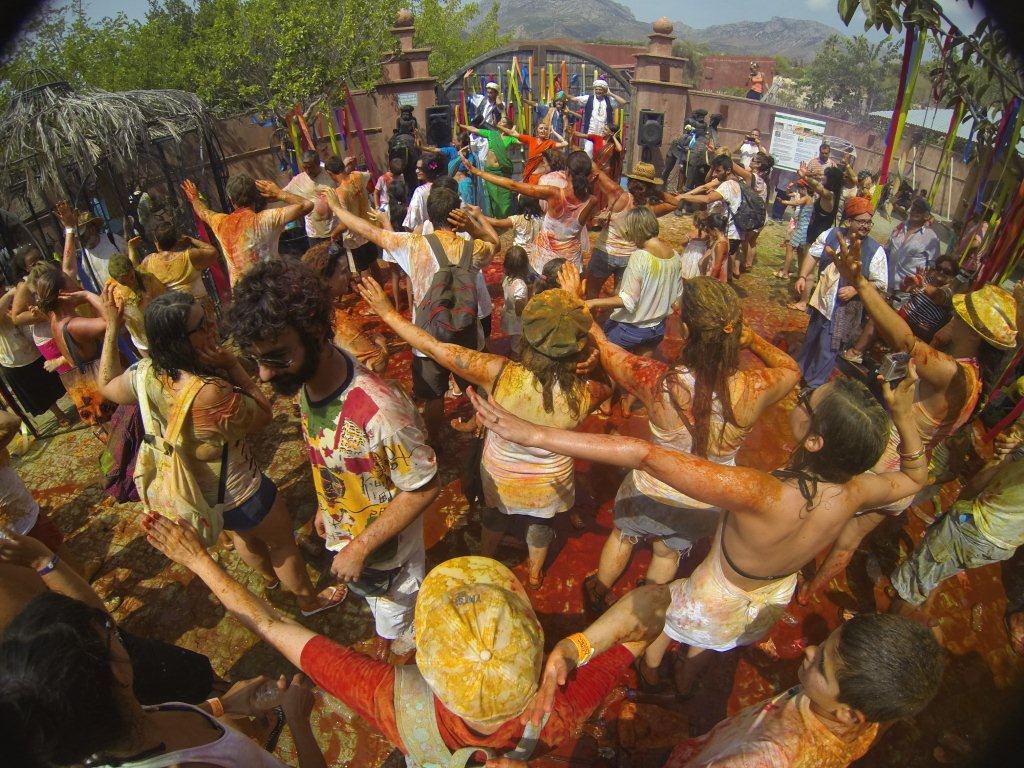 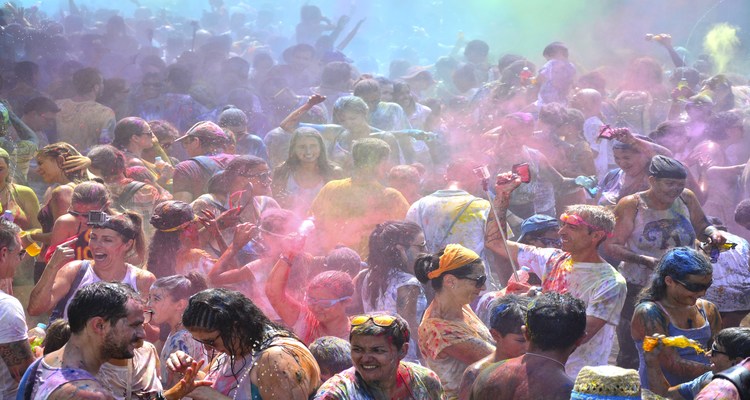 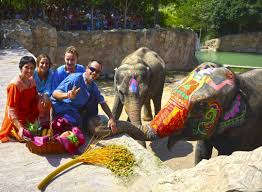 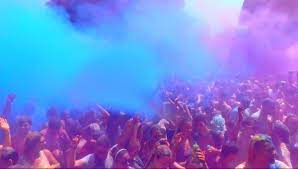 The Asian elephant Petita this year will celebrate her 50th birthday on Saturday August 20th. To commemorate this important day, they are preparing a Holi party, a great battle of colors in which more than 150 kilos of pigmented powders will be launched. This celebration is the only one in the world that is organized to honor the birthday of an Asian elephant. The elephant’s caretakers will decorate Petita with colors. Before being decorated in the Hindu motifs, the two elephants will receive their daily bath and pedicure. The holi festival will begin with the arrival of visitors to Terra Natura Benidorm, where the typical bindi (also called tilak) will be placed on their foreheads. This red dot is located, both in women and men, on the forehead at the height of the sixth chakra that symbolizes wisdom. The bindi is considered a symbol of protective energy in Hindu culture. The party will continue with a parade made up of musicians and dancers dressed in saris – traditional Indian clothing – who will travel to the elephant meadow. There they will offer Petita and Kaiso a special offering of fruits and vegetables to celebrate the birthday of Petita, the elephant who was discriminated against by her herd for being considered ugly according to the canons of beauty established in this species. The battle of colors will be set with Bollywood songs and choreography performed by the dancers, who will be dressed in original costumes from India. This event aims to honor the emotional friendship of these elephants that allowed them to overcome the situation of discrimination of the rest of the members of the herd.